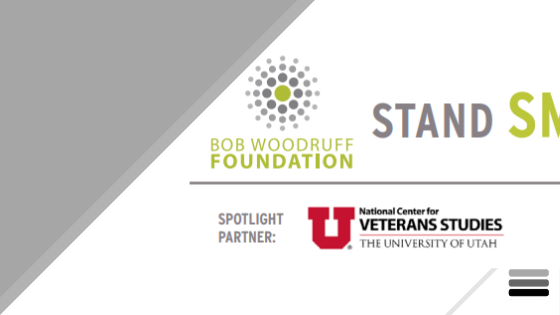 Suicide is the tenth leading cause of death in the United States, claiming more than 44,000 lives each year. For every suicide death, there are an estimated 25 suicide attempts. A 2018 Department of Veterans Affairs (VA) report indicated suicides by those veterans who have not received treatment from the VA have increased at a higher rate than those veterans who have received VA treatment. VA users even had a slower increase in suicides than civilians, which suggests that VA services and treatment may prevent suicide among veterans. Although military and veteran suicide is a matter of great concern, it is important to note that suicides have been rising among U.S. civilians as well. Suicide is therefore an important public health issue for everyone.

Enhanced identification and detection of those who are high risk is a primary focus of suicide prevention efforts among veterans. These efforts are primarily implemented within VA and Department of Defense (DOD) hospitals and clinics, and often rely on the use of questionnaires and surveys that ask about suicidal thinking. Decades of research suggest, however, that the majority of individuals who die by suicide either do not report suicidal thoughts or deny such thoughts during their final medical appointments (Busch et al., 2003; Coombs et al., 1992; Hall et al., 1999; Kovacs et al., 1976).

Similar trends have been noted in the military (Smolensky et al., 2014), with some studies suggesting that over two-thirds of military personnel thinking about suicide actively deny or conceal such thoughts on screening measures (Anestis & Green 2015; Smolensky et al., 2014; Vannoy et al., 2016). Therefore, alternative methods for identifying high risk service members and veterans need to be developed across all settings providing services to military personnel and veterans, both within and external to the healthcare system.

Suicide cases were more likely to:

• Talk about stressful events and then immediately talk about emotional distress and negative thoughts.

Although not conclusive, the results of these studies suggest that social media may be an important and valuable tool for identifying and preventing service member and veteran suicide. These studies also highlight the importance of considering how change in an individual’s
words and actions may be a better indicator of risk than any particular word or action by itself.

While no particular social media activity is likely to signal suicide reliably, recognizing when a veteran is saying things or doing things in a way that differs markedly from their typical or usual patterns may be a useful indicator.

Family members and friends who notice marked change in how a service member or veteran behaves or engages with social media, especially dramatic shifts between positive and negative emotional content, should consider sending a private message, calling, or talking with that individual face to face.

Healthcare providers may also find it useful to ask service members and veterans to describe how they use social media networks, as this could provide useful information about their well-being and level of risk.

These studies were among the first studies to examine social media content REFERENCES for the purposes of suicide prevention. The studies used both qualitative and quantitative methods, to include contemporary data analytic techniques designed to capture more accurately the changing nature of suicide risk over time in “real time.” Social media platforms are rapidly evolving, with each new generation of user preferring a different platform than the previous generation. As such, these results should be seen as an important first step in this line of research rather than as a definitive conclusion.

Additional research using a wider range of social media platforms and a wider range of research methods (e.g., machine learning) will improve our ability to detect suicide risk and help veterans receive timely and potentially life-saving interventions. Because social media networks are used primarily to communicate and stay in contact with family, friends, and other peer networks, future research in this area could provide an easily-accessible platform for family members and friends to help service members and veterans in need, especially those who are not actively engaged in treatment

Goals for the Future

• The NCVS will continue to collaborate with interdisciplinary teams (e.g., including engineers, mathematicians, psychologists) and researchers to develop new methods for identifying veterans at risk for suicide.

• New risk detection methods: Because most veterans who die by suicide deny suicidal thoughts, the goal is to develop innovative methods for family members and friends to accurately and reliably detect veterans at risk for suicide even if they do not want to disclose suicidal or other dangerous thoughts.

If you are a veteran in crisis or concerned about one, contact the Veteran Crisis Line: 1-800-273-TALK. If you want to learn about developing a crisis response plan, visit www.crpforsuicide.com.