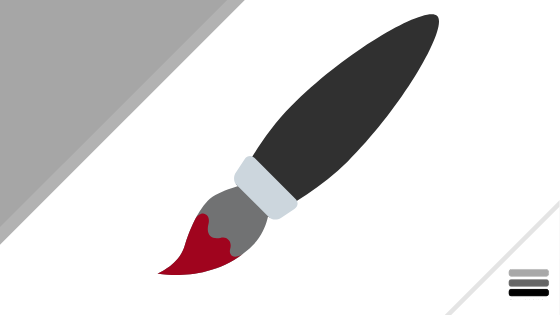 An Illustrator’s Journey In and Out of “Shell Shock”

George Withers had a whimsical touch in his art that perfectly illustrated the mood in America before and after WWII. Smiles he put on the faces of his subject, even when they were in some unlikely settings, captured George’s glass half-full view of life. Those smiles faded after he returned home from the war. They called PTSD “shell-shock” back then. Whatever it was, it almost robbed him and his family of a fulfilling life together.

With the help of his strong wife Virginia who kept the family together while he was in the hospital for “shell shock”, George broke free from his depression. More that than, he found a new happiness in his illustrations during the late 40s and into the 50s. His happy-go-lucky spirit was reflected in his illustrated stories for many artists including J.D. Salinger for The Saturday Evening Post and Robert Ruark for Colliers Magazine. George Withers leaves behind a legacy of moving illustrations that are a snapshot of the American spirit during those years. 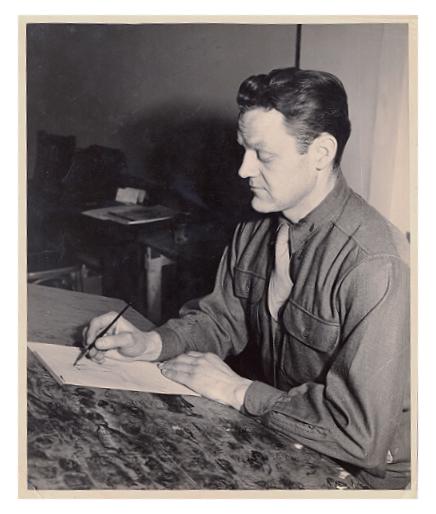 Early Life Moves from Kansas to The Big Apple

Born in Wichita, Kansas on December 20, 1911. Withers graduated with a B.A. in Art from Kansas University. He attended the Art Students League in New York on an art scholarship and studied under George Bridgeman. Growing up in the midwest during the 1930s, George was a big, strong kid – a football player – who somehow found his gift for illustration and used it. Not long after graduating art school, he landed work in Philadelphia as a commercial artist at an ad agency. Illustrating ads for many big brands of the day, he would log almost 500 illustrations alone for 1950s giant Redbook magazine. George was good and success followed him.

Honing his craft and style, he moved to Manhattan. There, he discovered greater success, which included meeting an Irish-American beauty named Virginia who worked there, too. She loved jazz, dancing and eventually George. They married in 1942 and before George went off to war, their son Brian was born.

With George off to war, Virginia would write him about the Manhattan black-outs and how his son Brian was growing. To make ends meet, she still worked at the agency and rented out a room. Having lost both of her parents at a young age, Virginia was a survivor and a practical woman. Those skills would come in handy after her husband returned from the war.

George came home to his familiar Long Island home, but he wasn’t the same. To most in their circle of artist’s friends, life was back to normal. But the smiles weren’t there for George or Virginia. He “got sick” and was admitted into an army hospital in 1946. ??

With her family in emotional and financial trouble, Virginia dug in her Irish-America heels and landed a full-time job at Arthur Murray while dad was hospitalized. She would keep that job and the family together until George worked through his depression and shell-shock.

Thanks to the George C Marshall Foundation for parts of this information. 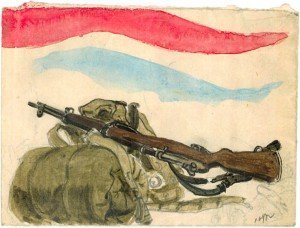 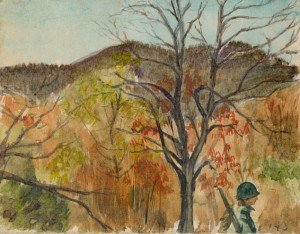 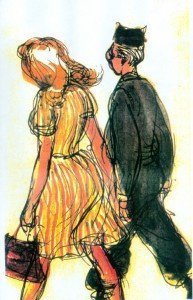 The work George Withers painted in World War II was twofold in nature.

On the one hand he was a war artist, working for the Army. He was stationed at ETO Headquarters in Paris, working under Gen. Dwight Eisenhower. The assignments were expansive. There were stories about the Holocaust and its horrors, emaciated people ripped from their families only to die at the hands of fanatic Nazis.

Then there were battle images that needed to be painted, along with war-torn landscapes, displaced people and naval battles in the Atlantic and the Pacific. A multitude of military pamphlets and brochures had to be illustrated. And on and on. There was work to be accomplished each day, Monday to Friday, 8 to 5.

But in his free time and on weekends Withers kept drawing and painting, from the moment he entered the Army until the day he returned to New York in early 1946.

GIs took the lindy, the jitterbug, and Big Band music to France, and the Parisians loved it. Ike was in town. At various times DeGaulle, Churchill, and Eden joined him.

Then the war was over. There were nightclubs, jazz joints, and the Cirque de Paris to attend.

The French displayed a wonderful spirit, and so did the Americans. The Nazis were no more, and there was life to celebrate.

A walk in the Bois de Bologne, (which Withers found to be very similar to New York’s Central Park), a boat ride, and Parisians and GIs alike sunning themselves in the park. The images my dad sent home exude an unquestionable freedom. They are the precursors for actors like Marlon Brando and James Dean, whose performances build on the bravado established by American GIs a few years before.

The paintings and drawings my dad sent home were artistic in nature. They weren’t produced for an art director. As a body of work they represent the only time that Dad was truly an artist. He experimented with styles, becoming quite modern in some of the paintings.

He also illustrated many of the letters he sent to his wife.

As an American with a family at home, he couldn’t wait to return. In one letter he said, “When I get to Penn Station I’ll grab the first subway car to our apartment. If the train’s not there I’ll just run home as fast as I can.”

Thanks to Brian Withers who wrote the above for the Chicago Tribune, find it here.