Life After Veteran Suicide – A Tale of Two Families 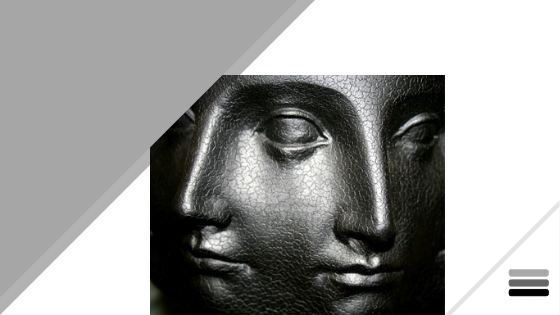 The only place the full brunt of veteran suicide lands is at the feet of the veteran families. In addition to their mortal loss, there’s a perfect storm of bad news coming at them from all angles. With the average funeral costs at $15,000, the $600 – $2,000 Veterans Administration death benefit falls way short. Large and unexpected funeral homes fees, life insurance snafus, PTSD and pain medications all play their part and add to their burden. Twenty-two soldier suicides a day means twenty-two families a day tossed into this hurricane. Here’s the story of two families who’ve weather the storm, and are getting help from Once a Soldier.

The current state of veteran suicide aftermath can be summed up by Kevin Johns who said, “I couldn’t grieve for my dead son because I was too worried about how I was going to pay for his funeral.”

Helen Taylor of Connecticut and Kevin Johns of South Carolina are about as different as two people in America can be. Separated by many miles, they now find themselves members of the same, sad small group. Both their sons, Cedrick and Jared, threw themselves into the fight inspired by the events of 9/11. One of them would eventually end his life on that day in 2018.

Helen wrote a moving “Silver Lining” about her for Once a Soldier. You can read hers and the Johns’ in full here, but what follows represent the brighter times in their children’s lives.

Cedrick was a big sports fan. Baseball was his favorite sport (Yankees all the way). He also played baseball for several years. He would play for his school team, eat, change in the car, then we would go onto his second game. Two games a night on several occasions.

Cedrick was also a very caring and loving brother. As a kid he always took care of his younger brother (AJ) and sister (Jackie.) Jackie and Ceddy looked exactly alike. Both had same face and green eyes. Since his death, she has a problem looking in a mirror now as all she sees is her brother. They were extremely close. He made us all laugh, was so funny, quick witted, and full of energy.

Living in Florida, Cedrick was in touch with his local VA wherever he moved. He had been declining fast with his PTSD treatments giving way to alcohol dependency. One week before his PTSD suicide, the VA assigned a fresh from college psychologist. That was the last straw and he killed himself at home at the age of 41.

Back in Connecticut, Cedrick’s family received the phone call from the local police. Immediately, the problems started. No, the VA wouldn’t fly his body home. No, he won’t receive a plot or a stone in their local VA cemetery. Their private funeral expenses were in excess of $15,000. There was no help from anywhere. Two years out at this time, and they are still fighting for his medical records to be released to them. And that’s just the financial pain of a veteran suicide. The emotional cost will never be paid.

Just 24, PTSD got the best of Jared on 9/11/2018. Inspired to serve by the same terrorist act that motivated Cedrick, Jared served in Iraq and Germany. Here’s an excerpt about the good time, written by his father and mother.

The very last night that he was over here at my house and I had cooked dinner for everyone, we sat in my living room and I was holding Kylan, Jared’s nephew,  which was my newest grand baby. I began to rock him and sing an old hymn entitled “He Leadeth Me”.  Jared began to sing along with me, as well as with his sister, his twin brother, and my husband. We all sang the entire song together sitting in my living room. It would be the very last time we would ever be together as a family with Jared alive. – Kathy Johns

One of my happiest memories of Jared was recently, in Mid- August of 2018, three weeks before his suicide. We went to the NASCAR Xfinity Series Mid Ohio Challenge in Lexington, Ohio.  The race is practically in my brother’s backyard. So close, that we drive his two John Deere Gators and a golf cart to the track. There were about 50 family and friends that tailgate together on the inside of turn six. At one point during the race, Jared and I were so close to the cars as we stood next to the fence that you could feel the wind in our face as they raced by. I remember Jared turning to me and saying, “Dad, this is so awesome.” – Kevin Johns

Jared lived with his twin brother Jacob. They shared an apartment in their home town, close to the parents and family. Moments before Jared fired that pistol to end his life, he recorded a cell phone video asking for forgiveness, and reassuring everyone that because of his PTSD, that this was the best thing to do.

After his twin brother found him, the family’s ordeal began. The VA denied this request for burial benefits because he was less than honorably discharged with a The funeral home took possession of the body on that Tuesday, but his parents weren’t allowed to see him until Friday. Why? Because they didn’t have the $5,000 needed for the funeral home. Dad took a loan. Other sources came to the rescue, and a beautiful and sorrowful ceremony followed.

His life insurance is in probate and his medical records seem lost in translation. The Army can’t find his will. This is all within a matter of one month. That’s a lot for a family to take on in the best of times. Simply said, they didn’t the $15K they needed or the emotional support from their new peers that can help.

HOW ONCE A SOLDIER HELPS FAMILIES FINANCIALLY AND EMOTIONALLY

Once a Soldier met Helen in September of 2018 and they will receive a two-fold death benefit from Once a Soldier. A financial gift will be sent to the family in January of 2019 in Cedrick’s name. Secondly, the emotional support that is lacking elsewhere is provided by Once a Soldier. We’ll let Helen have the final word:

The pain is unbearable at times and the guilt never goes away. I feel like I could have been such a better mother, I should have seen the pain was so paid for my son, Cedrick Taylor. I miss him with every breath I take. Learning of you project and speaking with Dave has let me see that I had a precious gift, although it was taken away, I think of his beautiful smile and loving hugs now. Your group is very dear to me and I thank you all for your caring, love, commitment and dedication to the families suffering.

About Once a Soldier, Inc.

Once a Solider’s mission is to ease the family’s financial and emotional burden after a veteran suicide, They accomplish this by sending financial relief to one family a month and their Silver Linings Project and Facebook Support group. Founded in 2017, the organization receives over 300 visitors a day looking for help and information about soldier and veteran suicide. Their plan for growth is on track with their first financial gifts to be send starting in 2019.

Our passion for helping the families of veteran suicide came in through the back door. Our leadership brings a long history of serving a wide array of non-profits all over the country. And that history isn’t from long ago or from just the older crowd. Inspired by the “22” awareness soldier suicide social media campaigns, Once a Soldier is made up of Baby Boomers, Millennials and Gen X’ers.

About David Barbush, Founder – Once a Soldier

The son of a Navy veteran, David Barbush now lives near Jacksonville, Florida – home to three Navy installations. Neighbors and co-workers more often than not have a spouse in active duty. It’s their stories and sacrifice that inspired Once a Soldier. Prior to Once a Soldier, Mr. Barbush worked in firms that specialize in advertising and marketing, with his last stop being at an agency only helps nonprofits raise awareness and funds.