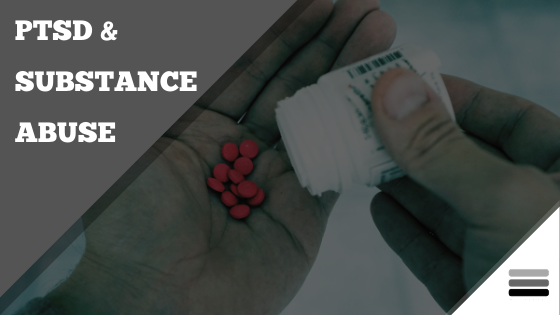 Coming Home to a Different Type of Danger

PTSD and substance abuse are two enemies that our veterans find themselves fighting in 2018. The combat exposure in Iraq and Afghanistan are linked, in various studies, to a sharp increase in the major mental health conditions reported in the U.S. military. Military members are returning from deployment with serious physical and mental health problems and, without the proper help provided, may attempt to self-medicate by abusing alcohol or drugs.

Substance abuse, like alcohol abuse and opioid addiction are the most common substance abuse cases in the military population. Just as the opioid epidemic is sweeping the nation, the epidemic is growing among veterans who have been prescribed these addictive drugs for injuries. Use over time can create a dependency, which can lead to a serious addiction. Over 40% of veterans suffer alcohol abuse at some point, and prescription drug abuse among military members is 2 ½ times higher than civilian rates.

In a study investigating suicide risk factors among all active duty members of the U.S. military in 2005 and 2007, it was found that suicide rates increased in every branch. A number of factors were found to coincide with the increase in suicides rates, one of which was the use of selective serotonin re uptake inhibitors (SSRIs) or other prescription drugs. While SSRIs seem to be a common treatment for PTSD and other mental health disorders, such as anxiety or depression, studies have shown that they may increase the risk of suicide. More research should be done to fully understand how these factors impact suicide rates, and to find solutions that may decrease the incidence of suicide.

Veteran substance abuse often coincides with post traumatic stress disorder. In order to fully recover, both disorders need to be addressed and treated. Treating the substance abuse without addressing the other mental health disorders will likely result in a relapse.