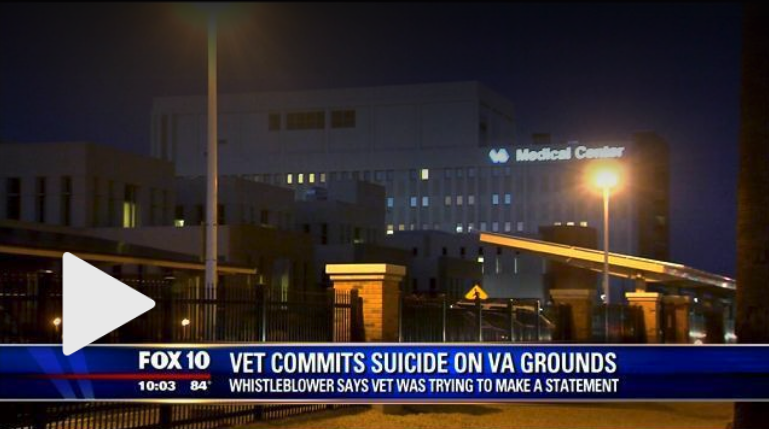 Solider suicide isn’t what you think. The overwhelming majority – 14 out of 22 – are not committed by young kids who lose their nerve in battle. Or by an active duty lifer who just can’t deal one more day. These tragic events do happen every day, and that’s a real shame, but what soldier suicide really looks like is a white man, color doesn’t matter here, over the age of 50 who can’t stand the PTSD anymore, the VA visits that go nowhere, and a thousand other reasons I have no insight into. But what I do know now is that these suicides are happening in the parking lot of their VA and still no great leap forward. Mission not yet accomplished.

Once a Soldier knows that the Veterans Administration can’t keep up with the need. We are not here to fix or even understand what the problems or offer a solution. We are here because like so many others, we just can’t escape the hard reality of veteran soldier suicide. Our mission is to aid their families, but we now realize that that is just a small part of a bigger whole. We remain happy in our mission, but we have to face the facts of veteran soldier suicide.

In short, stop soldier suicide and stop doing it in the VA parking lot. It’s not working and it’s too sad to continue. That’s not an order, that’s a plea. I have no solution and can only ask. Up until today, I had no knowledge of these types of soldier suicide. Sad to say, the reasons that are listed as to why in one of the following stories actually makes sense. Twisted and sorrowful, but very practical.

Here’s a comment we received that prompted our discovery process into the VA suicides and that offers an insider’s view of the situation. I’ve edited it very slightly to better highlight what I think the author’s points are:

Seen as an inside observer of the medical community and also as a VA patient.

Veterans do not want their loved ones to find their bodies and know the VA will dispose of them. The other reason is that it is the final FU to a government which is so full of bureaucracy it has rendered itself useless. However, in all fairness, this trend has extended itself to the civilian sector as well for quite some time where medical care is a form of Russian Roulette. Some are lucky to escape without harm, others end up damaged or dead. The word is collateral damage in medical care.

Dropping the ball in delivering medical care to veterans and civilians is becoming the norm. Health care workers are undulated (sic) with so much paper work for documentation and rules they have to follow as guidelines for the delivery of each aspect of care, they are utilizing the time they used to spend of patient care to document each and every move they make. If a time and motion study was implemented it would amaze people to know that more then (sic) 90 per cent of their time is spend documenting and covering their asses. If you are a VA patient, the time you spend with your provide (sic) is less than a few minutes because the rest of what they provide is looking at the computer screen, charting.

The patient has been considered the “consumer” in the medical field for over 20 years, whereby in civilian sectors they are called consumers. The word alone indicates that the patient has been placed on the Back 40, because the definition of consumer is purchaser, buyer, customer, shopper and patron. This enforces everything we read and know about medical care, it is a profit making organization and nothing more. The VA is blatant about their desire to make profit at the cost of the veterans who rely on their care. There are more and more job descriptions placed on each healthcare worker, and when there is a hiring freeze, they delegate the empty slots between the health care workers left, to carry the load, which frustrates and stresses them out because of work overload. The VA figures their health care providers and workers can function doing the workload of those they did not replace. The workers who are left trying their best to do their jobs, end up leaving, or are so overworked, the ball in medical care is dropped. The bottom line: profit.

Inasmuch as the VA is trying to curtail the numbers of suicides of their veterans, the task is equivalent to the war on drugs. A waste of time and money because the war on drugs was lost a long time ago and cost the tax payers more money than the fight was worth. One can not prevent intentional suicide. Impossible. Each case is different and each person is different. What goes through the human mind when the person reaches the final stage of ending his/her life can not be controlled.

Thank you for your time,

63-year-old Paul Shuping was found in the parking lot by Durham VA police. A six-year Navy vet, Mr. Shuping’s act was discovered six days after it was committed. Offered partial benefits, he was denied full benefits due to a paperwork error. On top of his PTSD and depression, that was the final straw. Read the rest of the news story here.

A 76-year-old veteran committed suicide on Sunday, August 23,2016, in the parking lot of the Northport Veterans Affairs Medical Center on Long Island, New York. Mr. Peter A. Kaisen “went to the E.R. and was denied service,” one of the people, who currently works at the hospital, said. “And then he went to his car and shot himself.” The rest of that New York Times article is here.

Mr. Kaisen’s was a big story that was heard around the country because at the time, it was considered shocking. “At the time” means as recent as a year and a half ago.

Police say the 53-year-old veteran, Thomas Murphy, drove to the Phoenix VA regional office with a goodbye note and gun. Interestingly, a whistleblower at the VA, Brandon Coleman, has been put on leave, as of May 11, 2015, for trying to shed some light on the problems of at-risk vets. That news story is here.

Three reasons why vets are killing themselves in the VA parking lot and three stories of veteran soldier suicides that drive home the point. Also, they were all older white men who picked up a gun to solve the problems of PTSD, an overwhelmed VA system, and not enough benefits. There’s probably not an official tally of how many vets have killed themselves at a VA parking lot. There doesn’t need to be. One is enough to send the message. All of these and the message is clear: the message isn’t getting through.